A Brief Look at Car Paints through the Ages

A Brief Look at Car Paints through the Ages

From monotonous black shades to color-changing paints, auto refinishing come a long way. KARREP takes a ride through the timeline of the automotive refinishing industry to understand important milestones.

Paint and coatings play a central role in the automotive repair process as they not only give an adverse effect on appearance but protect the vehicle against corrosion, scratches, and UV light. Automotive paints don’t have a prolonged history. Though it is incredible that in a relatively short span, they have evolved to such a great extent that they are compatible with the high throughput needs of the automotive repair industry.  It took the automotive paint ages and the effort of many experts, to attain the glossy, shiny, and protective features that we experience today. Let’s take a ride into the history of automotive paint to understand more.

In the beginning, natural bases such as linseed oil, and natural pigments were used to paint automobiles – exactly the same things they used to paint horse-drawn wagons. Vehicles were hand-painted with a brush and required multiple coats. The entire painting process was extremely slow. Applying paint would take almost 40 days, and each coat took days to dry. And after it dried, it had to be sanded and polished. 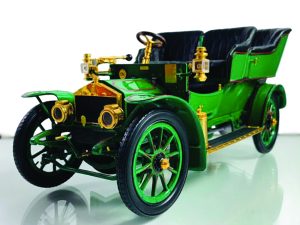 The 1920s decade owes a special mention in the history of automotive paints. It was in 1923, that the first-ever lacquer paint made its splash into the automotive refinishing world. Under the brand name Duco, the paint manufacturing company Dupont introduced the first quick-drying multi-color line of nitrocellulose lacquers made especially for the automotive industry.

In the following year, the Oakland automobile was painted using the DeVilbiss spray gun. DeVilbiss spray guns were popular in the market since 1907 and were used mainly in the furniture industry. It was not possible to hand paint lacquer thinner as it evaporated so quickly from the paint film. This led to the introduction of the spray gun to the auto refinishing industry.

The main disadvantage of lacquer paint was it had law resistance to certain chemical solvents. Repeated exposures to acidic environments and gasoline spills can damage lacquer finish. Moreover, the lacquer systems needed 3–4 layers of coatings to achieve the desired surface properties.

During the World War II in the 1940s, there was a prohibition on the usage of certain chemicals and substances in the manufacturing processes of automotive paints that could also be used to manufacture explosives. This led to the development of a high-solid acrylic urethane paint system for automobiles. This system was extremely durable in comparison to the air-dry systems of lacquer or synthetic enamel.

The 1950s saw a plunge in the application of the dip coating process. The use of solvent-borne or water-borne dip tanks was beset by explosions and fire hazards. This paved way for anodic electrodeposition paints, that were mostly based on maleinized natural oils.

By the 1960s, the durability of enamel finishes was improved considerably with the introduction of acrylic stoving enamels. 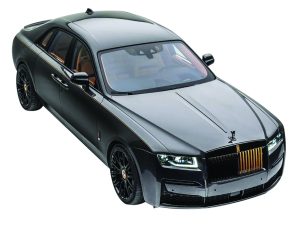 Over the past century, the automotive refinishing industry has achieved enormous progress. The rapid adoption of advanced powder coating and thermal spray technologies is likely to boost the growth trajectory of the industry. In the 2010s, scientists developed a polyurethane coating that heals its own scratches when exposed to sunlight. Recently, ‘paramagnetic paints’ and ‘electroluminescent paints’ are launched into the market that allows a car to change its color on the fly with just one touch of a button. With more advanced technologies making their way to the global automotive refinishing market, a new era is dawning.

Key Factors for Colour Matching in the Refinish Process

Pandemic a Curse or Blessings in Disguise

Does the EV Market Appear to be Recovering After the Pandemic?

What are the Lingering Effects of COVID-19 on the Automotive Industry?